What is Homework spelled backwards? The Truth Explained 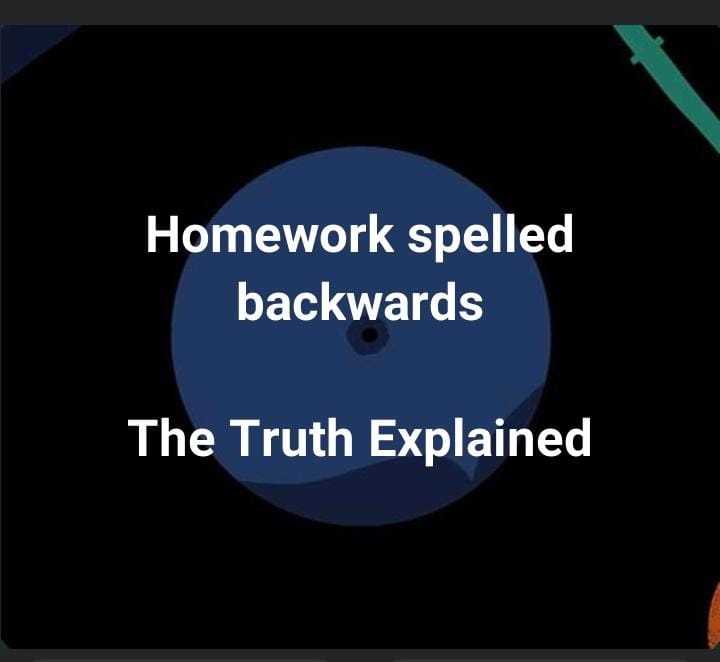 What is Homework spelled backwards? The Truth Explained

Homework spelled backwards; What is it? Is it really related to child abuse? What is the truth to this rumor? Let’s find out in detail.

The word “Krowemoh,” whose meaning was explained in a popular social media rumor, claims that it is a word spelled backward for the word “Homework” and has a secret meaning in the Latin language.

The popular claim that the famous word “Homework” is somehow spelled backward translating to “child abuse,” meaning in the Latin language, has been recently a featuring norm on the internet since March 2013. However, a Reddit thread of this norm recently brought its assertion to the renewed interest on 1st January 2021.

According to that, the claim is entirely false. The claimed word “Krowemoh” does not actually exist in any language, not even in Latin. In fact, to be honest, not even the alphabet “W” even exists in Latin language, which comprises just 23 characters on the whole.

Latin, the traditional language of the Catholic Church and Roman Empire, had largely died out by the end of the 6th Century AD. It got replaced by several regional dialects, most of which later became the Romance languages of Europe.

However, for the first time, a form W alphabet character was used around the early 7th Century AD. And at that time, as the Latin language did not have any profound list of characters to represent and determine the sound /w/ spoken in old English and Germanic language, so it was not widely accepted.

To solve this problem, many writers started using “uu” or “vv” to refer to the sound of /w/. Thus, that indicates that the alphabet “W” that we commonly use nowadays was not known and acknowledged widespread until the 1500s. Soon the Latin-speaking individuals began creating new words in the Latin language, discovered later.

All this origin is inscribed to show that “Krowemoh” has nothing to do with a word in any dictionary. And indeed, it does not correspond to “child abuse” from any angle in Latin or any other language in the world we are aware of.

As mentioned earlier, the word “Krowemoh” was assumed to be spelled backward from another common word, “homework,” that too with a report of having a sinister meaning of child abuse in the Latin language.

A few people believe that it may refer to child abuse in Latin, but other people do not. Likewise, several social media platforms went crazy making different assumptions about this particular word. Also, several fun-loving members started making funny memes over it to entertain their social media fan following.

Nowadays, when social media networking is prevailing all over the world and involves everything in it, the havoc created on social media cannot be neglected and discarded by anyone. In addition, many Chinese whispers and theories are also revolving around. So, for the curiosity of this website visitors and readers, here is given the absolute reality of the social media trending word “Krowemoh.”

Krowemoh is not actually a Latin word. Still, a few individuals claim that this word has a meaning related to child abuse in the Latin language. But those are nothing more than silly rumors. In fact, there is no such letter “W” in the entire Latin language and a dictionary containing only 23 alphabets in total.

However, to some extent, it may be considered a “Palindrome.” A palindrome is a word spelled the same way backward as it is actually in forwards. But, what do you think a word spelled backward will not have a whole new secret meaning then? The same is the case for the word “Krowemoh,” which is assumed to be the palindrome of homework.

Recently a rumor about this word started prevailing over social media. Some people claim that this word misspelled Homework spelled backwards is translated from old English to Latin and means “Child Abuse.”

We are debunking this rumor just for your curiosity and information in this article. Although the word “Krowemoh” has been recently added to some urban dictionaries and now possesses various definition sites somehow in an effort to substantiate several claims of its origin and meaning behind it. But it definitely does not mean that we allow the meaning of child abuse to it.

The phrase “Child abuse” is spoken and written as “peur abuscus” in the Latin language.

So, according to several urban myths debunking sites Snopes, thus rumor and claim are entirely false. In reality, there is no such word as “Krowemoh” in the Latin language. Besides this word, not even the alphabet W exists among all the 23 characters of the Latin language.

Is Krowemoh any word in the English language?

No, Krowemoh is neither an English nor a Latin language word. Instead, it is just assumed to be Homework spelled backwards word. It even does not qualify to be an exact palindrome of the word “Homework,” so the claim is entirely false.

However, in recent times, the Urban dictionary added this unique word “Krowemoh” to be a word in real that is mistakenly Homework spelled backwards. But that was done just to show and present that giving lots of homework from schools to your children may be referred to be a form of child abuse.

Initially, the Krowemoh trend started from the Reddit platform, and soon it began to prevail and become famous on several other social media platforms.

Why is this Homework spelled backwards claim still trending today?

Recently a Reddit user thread brought Krowemoh’s idea to the table on 1st January 2021. The idea came into being when a Reddit user posted a Google’s result screenshot regarding his search “What is Homework spelled backwards?” However, its real meaning has not been debunked, indicating that it is just a rumor and has nothing to do with actual words and true meaning in any language.

However, the date marked on the posted screenshot of the Reddit user had the date inscribed on 17th March 2013. That itself indicates the inaccuracy and falsehood of this stupid trend. It is just a useless claim that has already been debunked—no need to get curious about it anymore and waste time enjoying and sharing it on social media.

The whole mess around the Homework spelled backwards claim was due to the recent triangulation over the internet on different social media platforms. And we all very well know that when social media gets involved in anything, the Chinese whisper secret is prone to occur.

Therefore, the entire article explained above shows that there is no such word as “Krowemoh” in any world language. Whatever you want to consider, it is just a rumor, claim, or myth. It has nothing to do with the actual word “Homework” given to someone to work from home.

For more Interesting and useful topics and ideas, click here. 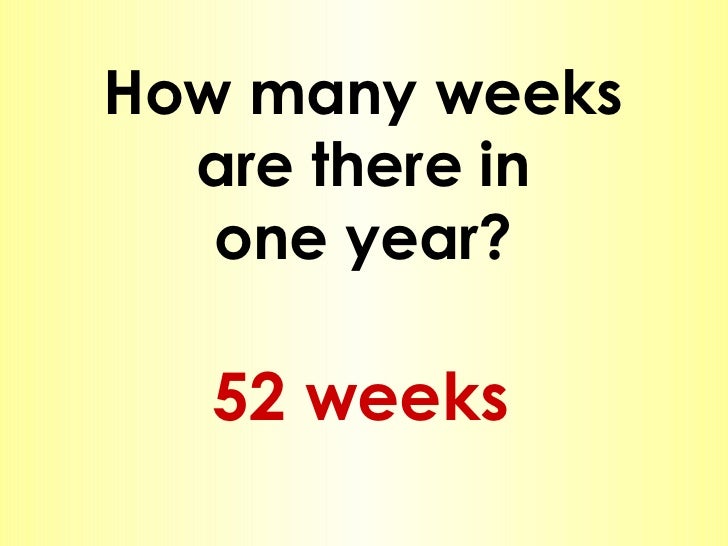 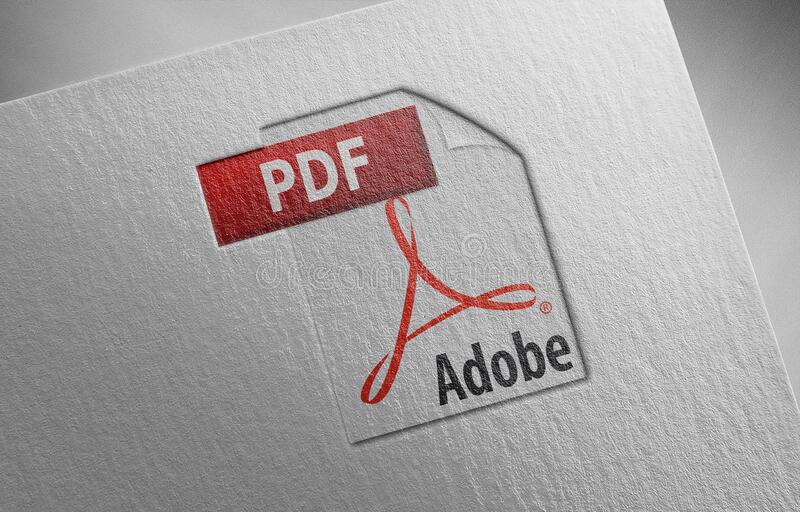 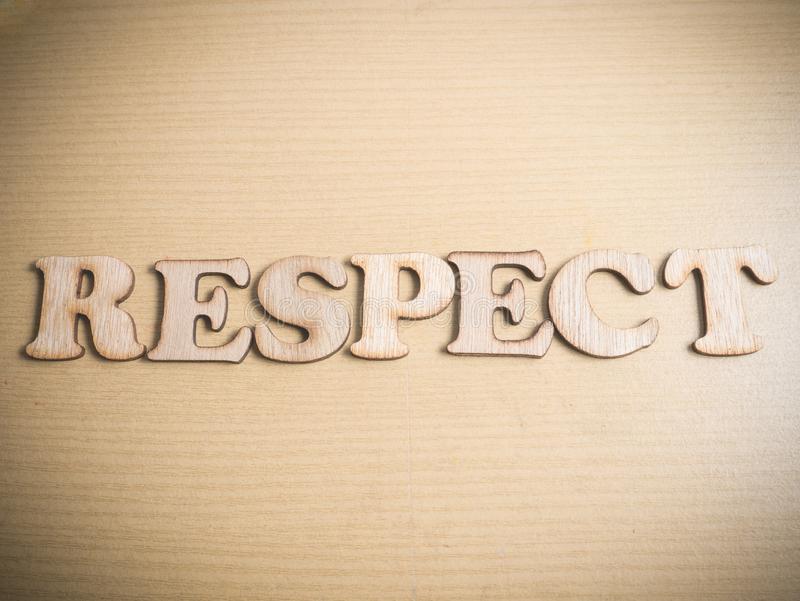