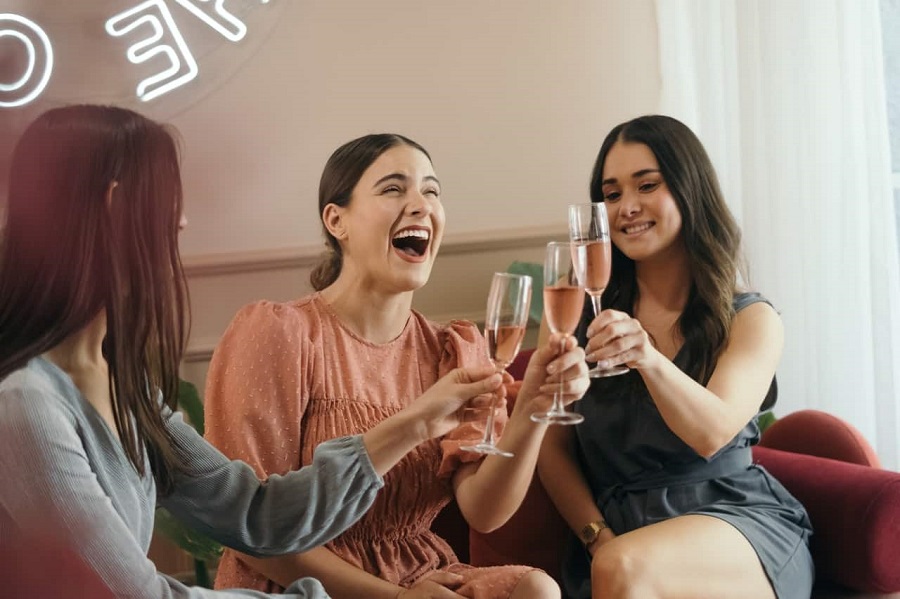 We insult each other in different ways in different countries. In the United States, there are endless “Your mama jokes”. In Mexico, the jokes are sexual and here in Finland, the funny insults often seem to be about calling people stupid in the head, say the artists Jessica Langley and Ben Kinsley from the USA.

Jessica Langley and Ben Kinsley are working on a project called the “Janks archive“, where they collect and film insults with humorous twists from different countries. They have visited about ten countries. Most recently, they have visited Platform in Vaasa.

To make people remember the insults they heard, Jessica Langley and Ben Kinsley ask many questions and ask people to think back to when they were children. What did your grandmother or grandfather say to you when you asked for it? This is where the tradition lives, among the elderly – and among the children who spend time with the older generation.

The most violent insults also involve older women. In Vaasa, the artists tried to make contact with older ladies, but the women ignored them.

Jessica Langley and Ben Kinsley analyze where the funny insults come from and how they traveled the world. When it comes to, for example, “your mama jokes”, you see that they are adapted to new places, and get local variations. For example, they say “Your mother is so fat that she bleeds…” and then you add the local pasta sauce or some other real fat.

There is a lot of work with the insult archive, and it is a slow process. In addition to trying to derive the jokes, the artists must also be translated into English.

“You are so old that it dusts when you fart”

Search for Jessica Langley and Ben Kinsley’s Finnish favorite “Your face is like the ass of a bird of prey”, For example, we get jokes about people’s faces from Pittsburgh, Belfast and so on.

Also read: How To Become An Actor

Even the ancient Romans

This insult with finesse seems to go all the way back to Roman times, says Jessica Langley and Ben Kinsley and gives a couple of examples: “go and play the tambourine with the legs from your ancestors on your mother’s belly” and “I will take you in your nostrils and throw yourself over your shoulder like a sweater in the winter ”.

Where, then, are the cruelest insults? It’s probably in Mexico, Jessica Langley and Ben Kinsley think. There are two traditions in Mexico. One is funny insult duels, where you throw insults between each other, but they must rhyme with what the predecessor said. They must also be sexually condescending.

The second tradition consists of flirtatious compliments, such as men shouting at women on the street. They are meant to make the woman laugh. But what is said is really disgusting, like: “hey mama, I wish I was a fly in your shit”.

The interesting thing, however, is that the comments are condescending towards the person who says it, not towards the woman, Jessica Langley and Ben Kinsley state.

When you think of the kind of insults that abound on the web, one may ask whether we today have lost the ability to insult in style.

Yes, if we lose the playfulness, we lose the ability to insult with humor. The Internet opens up for hatred, racism and sexism. It’s sad, says Jessica Langley.

This is also the reason why Jessica Langley and Ben Kinsley travel to different countries to meet people on the spot, even if it takes longer than doing it online. We are not looking for things that abound online. We do not want the anonymous insults that the trolls post, in order to disappear and avoid taking responsibility. This is not about relationships or communication. And we ask for what people remember, not for what they can google.